The T-90MS tank is designed to destroy tanks, self-propelled guns and other armored targets, as well as engage enemy manpower.

It is fitted with a new turret weapon station with an upgraded 125mm gun and an advanced highly automated digital fire control system (FCS). The new FCS provides the target detection, identification and destruction using the gunner and commander’s multispectral sights at the halt, on the move, day or night.

The T-90MS is equipped with a guided missile system designed to defeat armored targets, including those equipped with explosive reactive armor (ERA), at ranges up to 5 km.

The T-90MS has inherited the layered protection philosophy. It has retained a low silhouette and low optical and thermal signatures typical of Russian tanks and is fitted with an automated smoke screening system. It carries a new modular ERA system. A collective protection system ensures the efficient use of the tank in a NBC environment.

While retaining a low silhouette, optimal weight, high mobility and capability to cross the most difficult obstacles at high speed in stride, which are traditional for Russian tanks, the T-90MS has acquired a contemporary level of protection and survivability. Source Rosoboronexport

Developed and manufactured by Uralvagonzavod, the company call it the T-90SM and T-90S Modernized.

The T-90SM has the latest version of the 2A6M 125mm smoothbore series, the 2A46M-5. The main gun enables the vehicle to fire 4 types of ammunition to engage targets at varying ranges. 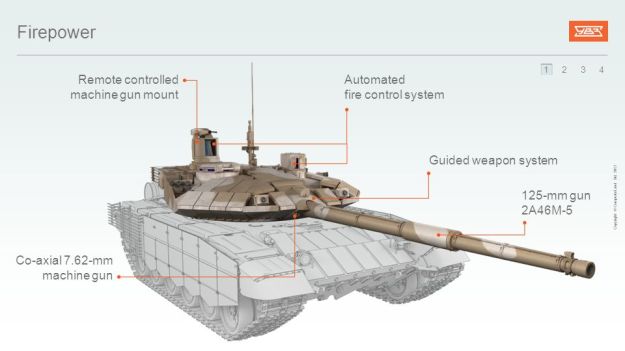 It has a fire rate of 8 rounds per minutes thanks to its autoloader, which carries 22 rounds of the 40 stored in the vehicle. The main gun now has a new stabilization system ensuring high hit rates whilst firing on the move. 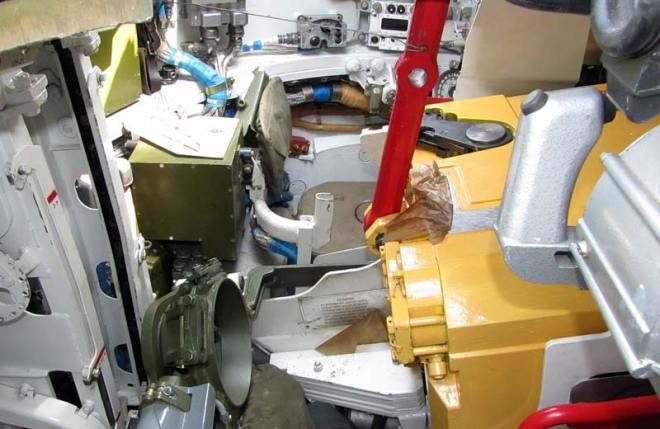 The T-90SM Tank: The Fire Control System is state of the art 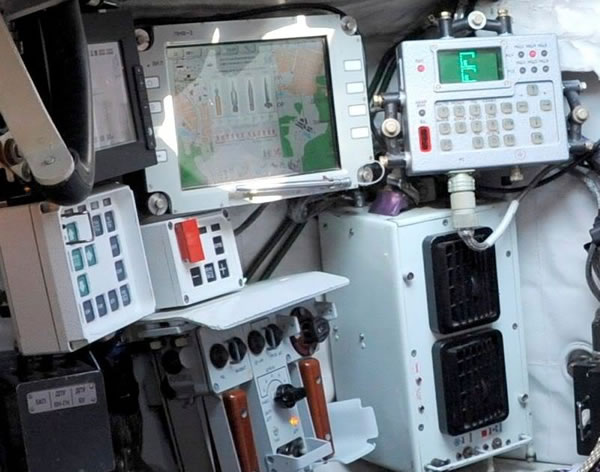 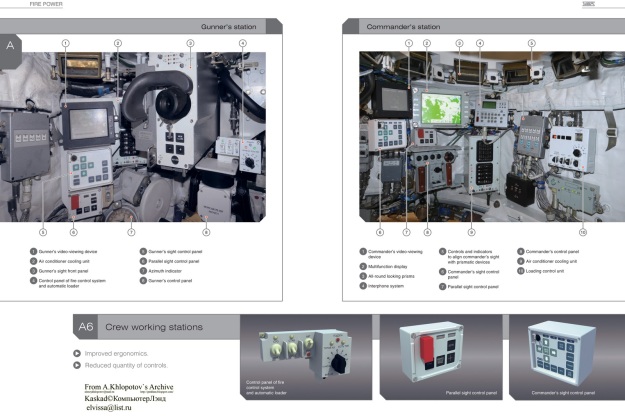 The secondary armament is a Remote Weapon Station fitted with a 7.62mm Machine Gun. It is located on the Commander Independent Sight and Stabilised in both axis carrying 800 rounds. It has a full 360 degree traverse and 45 degree elevation for attacking low flying helicopters and is operated by the commander using his CIS. The vehicle also has a standard coaxial MG. 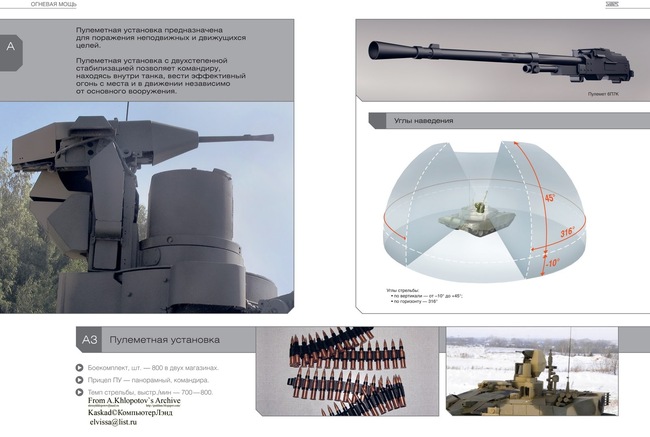 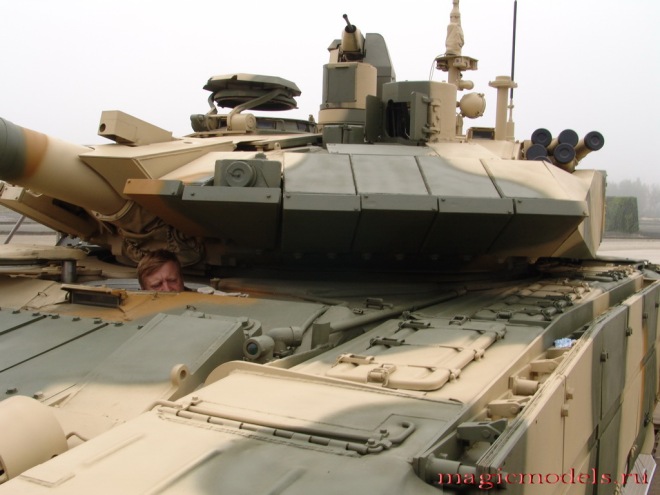 -BTVT estimates T90A at 800-830 versus KE and 1150-1350 versus CE. with K-5 for thickest turret parts. Please note – btvt is likely to underestimate the T90A performance due to strong anti tagil bias

-RPG “nets” on engine and rear (turret and chassis) roof has a good slope, which increases both LOS thickness and ERA effectiveness. 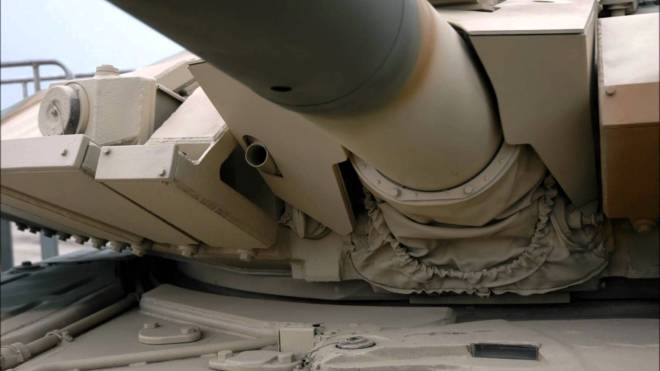 Below is the approximate armoring breakdown for frontal projection.

T-90SM has internal thermal shields to reduce its thermal signature. Its modular armour includes ERA that  not only covers the frontal arc of the turret and hull, but extends along the sides of both sections of the tank as well as turret roof and cage armour is fitted to the rear of the hull protecting the engine compartment. 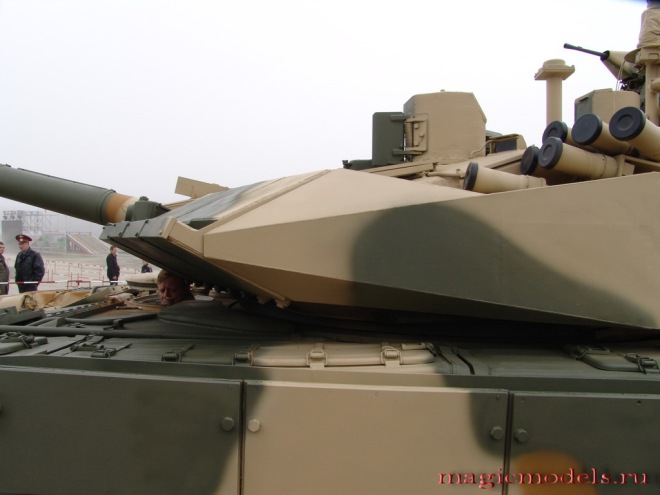 The countermeasure suite sensors detect if a laser range finder (used by tanks and anti-tank missiles launchers to aim at a tank) is pointing at the vehicle, it then alerts the crew and slays the turret round in the direct the laser is coming from.

The system fires an aerosol grenade that detonates creating a screen that is opaque to infrared light protecting the vehicle.

The T-90SM has an increased situational awareness to close threats thanks to 4 TV cameras mounted on the roof covering all angles of the vehicle.

The ammunition stowage is also new. Similar to the American Abram’s and Leopard 2, a new armoured bustle with blow out panels has been added to the rear of the turret for storing ammunition and the autoloaders armour has also been increased to eliminate the problem of ammunition cook off associated with old Russian autoloader tank design.

Breakdown of ammo storage, green is the relative positioning of the engine 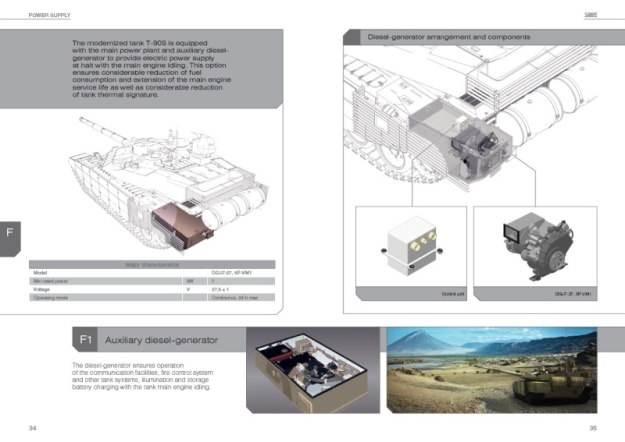 The additional equipment and protection of the T-90SM has increased the overall weight compared to the T-90S, so a new 1130 HP V-92S2F Diesel engine and automatic transmission has been installed with strengthening of the chassis.

Online dating services Guide — How to Make Her Chase You Down!

Wide open Relationships — Do That they Work?